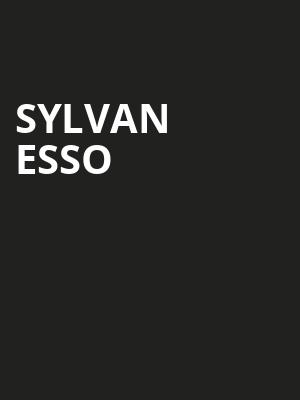 The electronic pop duo on tour

sylvan esso return to the road!

Crafters of infectious electronic pop, Sylvan Esso are hitting the road on tour! The electronic pop duo who formed in 2013, made their debut with single 'Hay Mami' and saw it take off to No. 39 on the Billboard 200. Since then, they have released two more albums, 'What Now' which received a Grammy Award nomination for Best Dance/Electronic Album and third album, 'Free Love' which was released to fans appraisal.

The group released their sophomore record What Now in 2017 to critical acclaim. Full of bubbling drums and sly synths, it showcased not only the band's winning way with melody, but also their lyrical wit, with the most obviously chart-friendly track on the record, 'Radio' deconstructing mainstream pop as it went along. They also received a well-deserved boost in recognition thanks to an incredible performance on The Tonight Show with Jimmy Fallon.

Sound good to you? Share this page on social media and let your friends know about Sylvan Esso at The Van Buren.