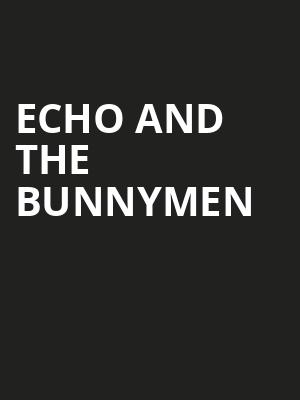 Echo and The Bunnymen

Post-punk icons Echo & the Bunnymen are hitting the States!!

Why See Echo and The Bunnymen?

Ian McCulloch and co. are one of the major influences for many indie-rock bands and since returning to popularity through their contribution to the Donnie Darko soundtrack have become a popular fixture on the live circuit. Join them as they hit in the road in celebration of their 40th anniversary, titled 'Celebrating 40 Years of Magical Songs'.

Echo & the Bunnymen are an English post-punk group formed in Liverpool in 1978. The original line-up consisted of Ian McCulloch, Will Sergeant and Les Pattinson, supplemented by a drum machine assumed by many to be "Echo", though the band denies this.

Sound good to you? Share this page on social media and let your friends know about Echo and The Bunnymen at The Van Buren.