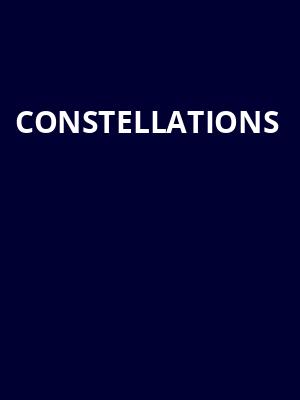 A singular astonishment, at once eloquent and mysterious

What if meets what is

Originally premiering in London's West End in 2012, Constellations received its Stateside premiere in 2015 on Broadway. Now Phoenix Theatre's production of the critically acclaimed play by Nick Payne arrives on stage in March 2023. This one-act drama offers an emotional and thoughtful look at one romance as it might exist across parallel universes and the impact that chance can have on shaping our entire future. An uplifting way to ponder the what-ifs of chance and circumstance!

Taking place in one act that lasts just over an hour, each scene builds a series of different narratives that depict the potential courses of one couple's relationship, as well as raise some serious questions on the nature of love and trust in a world where language and signals can often be misinterpreted through modern communication and shyness.

Beekeeper Roland meets quantum physicist Marianne at a friend's BBQ where they immediately find a connection. The rest of their relationship, however, doesn't always run as smoothly and this is explored through a chain of scenes that imagine how their lives might be turning out in parallel universes where a different word chosen or decision made has a 'butterfly effect' in determining the future of their relationship.

Seen Constellations? Loved it? Hated it?

Sound good to you? Share this page on social media and let your friends know about Constellations at Phoenix Theatre.