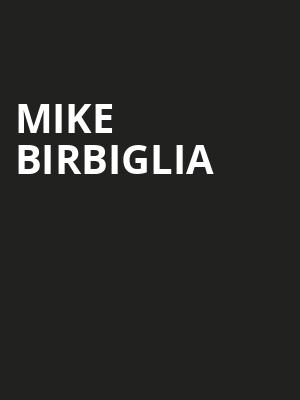 A new show from Mike Birbiglia

Hilarious comic Mike Birbiglia has released two critically acclaimed albums and four Comedy Central specials with the latest being 2019's The New One. At 24, Mike was one of the youngest comedians ever to appear on The Late Show With David Letterman. From there, Mike took his act on the road: headlining colleges, then clubs, then concert halls nationwide, becoming the star we all know and love!

Mike Birbiglia wrote, directed and starred in the film Sleepwalk With Me, which premiered at the Sundance Film Festival in 2012. In 2016, he returned with his new directorial effort Don't Think Twice, a comedy following an improv group whose dynamic drastically changes when one of their numbers is booked for a network tv show. Following a successful run off-Broadway his last tour, The New One, saw him make his Great White Way debut when it transferred to the Cort Theatre, adding yet another string to his bow.

Michael Caruso: “The Opener was awesome Mike Birbiglia not so much”

Man I wish I heard the opening comedian’s name because he was so funny!’... more

Sound good to you? Share this page on social media and let your friends know about Mike Birbiglia at Ikeda Theater.