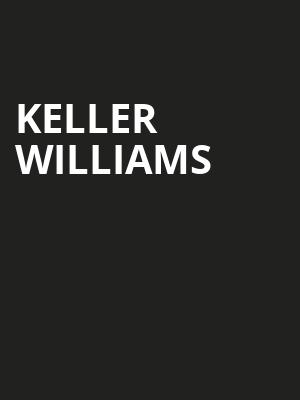 It's always been a challenge to pin Keller Williams down. Beholden to no one specific genre, he's veered from folk to funk, rock to reggae, with hints of bluegrass, electronica, jazz and jam band drive tossed in between.

Often described as a 'one-man jam-band', Keller Williams fuses myriad genres including bluegrass, folk, alt-rock, reggae, electronica, jazz, and funk, with a fearless looping style. Crafting quirky songs and improvising on his custom-made ten-string guitar, Williams has forged a genre all his own and tirelessly tours to bring it to the masses. Catch him as he brings his latest album Speed, alongside other classic material, to the stage on his latest North American trek.

A uniquely brilliant solo performer, the talented virtuoso dazzles his audiences with off-the-wall, almost-surreal lyrics, technical acoustic guitar genius and hypnotic, intricately-layered instrumentation via his loops. Whether singing about aliens, drugs or snowboarding, Williams promises adventure, humor, and dancing -  yet no two Keller Williams shows are ever alike!

Sound good to you? Share this page on social media and let your friends know about Keller Williams at The Crescent Ballroom.