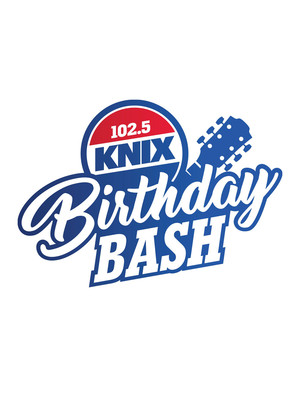 Celebrating 50 years of being Phoenix's home of country music on the airwaves!

Phoenix's very own 102.5 KNIX-FIM commercial radio is celebrating five decades of bringing the hottest country music to the oasis city's airwaves and they're doing it in style! Their first ever Birthday Bash features the biggest artists to ever come out of Nashville and who better to headline than KNIX's most played artist of all time, Time McGraw!?

Stetson-toting heartthrob McGraw captured the hearts of one of country music biggest ever audiences in the 2000s thanks to a genre-blending creative spirit that put its own spin on modern honky tonk and Southern-fried pop rock. Picking up the torch from Garth Brooks, he has become the most popular male performer in Country music thanks to hit after platinum certified hit. Fellow country acts Jon Pardi and Midland join McGraw for the celebratory show.