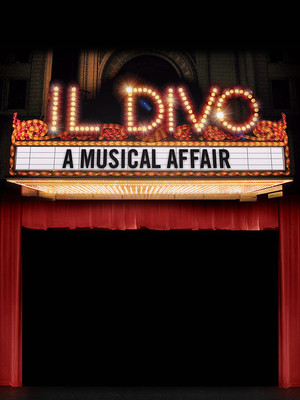 An astutely selected mixture of operatic and quasi-operatic voices, singing in several languages, which blend seamlessly while maintaining perfect pitch

The multi-national Il Divo first came to the public's attention on X-Factor way back in 2004. Since then, the operatic boy band have more than flown the talent show nest, playing to millions across the world and being chosen to support the likes of Barbara Streisand on tour.

Now they're back on a brand new tour and this time they have the tunes of Broadway in their sights. 'A Musical Affair' features numbers from the most beloved musicals of all time, including 'Phantom of the Opera', 'West Side Story' and 'Carousel'. Given that most of these were originally intended as solos, turning them into pieces for a quartet puts a brand new spin these cherished numbers.

Urs, David, Sebastian and Carlos will be joined on the US leg of 'A Musical Affair' by Tony Award winner Lea Salonga.

Suitable for audiences of all ages.

Sound good to you? Share this page on social media and let your friends know about Il Divo: A Musical Affair at Comerica Theatre.