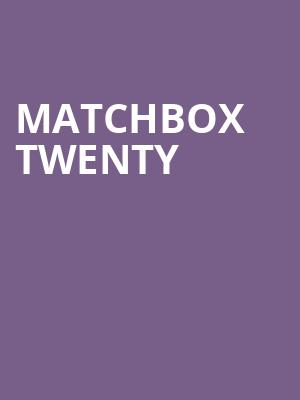 Stepping on stage with Matchbox and sharing those songs with the fans feels as natural as breathing to me at this point.

Led by the inimitable Rob Thomas, Matchbox 20 started strong out of the gate with their debut album, 1996's Yourself or Someone Like You. Released incredibly only a year after the band had formed in Florida, it was a classic post-grunge record, eschewing the heavy sounds of Nirvana et al. for a more traditional, acoustic-tinged rock sound. Two decades later, Rob and the boys are still going strong, and heading out on the road on tour!

Catch Rob Thomas and Matchbox 20 live this year when they take on North America in a brand new summer tour. They'll be joined by the Wallflowers on the tour they've rather appropriately named Matchbox Twenty 2021! It kicks on in Pennsylvania in July - don't miss out!

Sound good to you? Share this page on social media and let your friends know about Matchbox Twenty at Ak-Chin Pavillion.