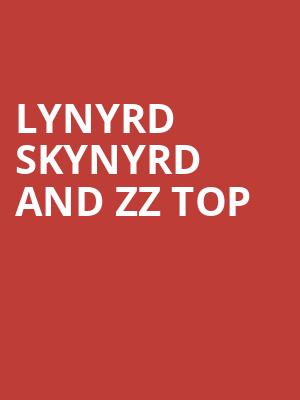 A must see for classic rock fans

two of the all-time greats in one show

Two of the absolute giants of classic rock, Lynyrd Skynyrd and ZZ Top, are joining up for a colossal tour of North America in 2023: the Sharp Dressed Simple Man Tour. A rare opportunity to see two of the most iconic bands in rock history together, this cannot be missed by American rock fans. Hear Lynyrd Skynyrd's smash hit rock classics like Sweet Home Alabama, Simple Man and Free Bird on the same bill as ZZ Top's Sharp Dressed Man, Legs and Sleeping Bag.

Fusing a rebellious image with a sense of rock and roll swagger and a good helping of hard rocking, gritty blues, Lynyrd Skynyrd have sold over 28 million records to date and been inducted into the Rock and Roll Hall of Fame for their considerable contributions to the genre. Fellow Rock and Roll Hall of Famers ZZ Top were Influenced by the likes of Johnny Lee Hooker and Muddy Waters, mixing their classic blues riffs with the spirited, often humorous pursuit of worldly pleasures; look no further for catchy tunes about fast cars, sharp clothes and good times.

Seen Lynyrd Skynyrd and ZZ Top? Loved it? Hated it?

Sound good to you? Share this page on social media and let your friends know about Lynyrd Skynyrd and ZZ Top at Ak-Chin Pavillion.