Sorry! You missed Paulina Rubio at The Van Buren 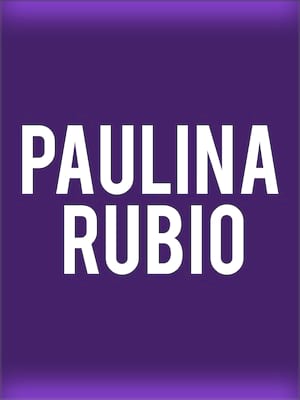 Blending hard-hitting pop with Latin rock, Paulina Rubio has paved her own way in both genres.

Mexican songstress Paulina Rubio first rose to fame as a member of pop group Timbiriche, where she was a member from 1982 to 1991. Today, the singer has many years of television roles, eleven albums and the title of 'Queen of Latin Pop' under her belt. Her upcoming North American tour celebrates the release of her latest album 'Deseo' which she brought out last year.

Rubio released her solo debut 'La Chica Dorada' in 1992 and has gone on to sell a phenomenal 40 million records worldwide as a solo artist, making her one of the most influential and popular Latin singers of our time.

Sound good to you? Share this page on social media and let your friends know about Paulina Rubio at The Van Buren.