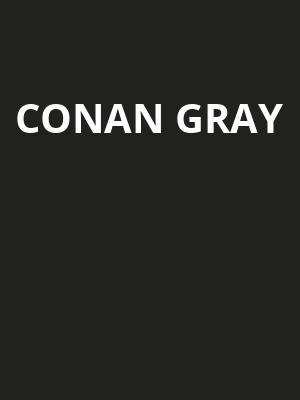 Recently called the Prince of Pop' by MTV, he will be performing at Lollapalooza in Chicago and Life is Beautiful this summer before headlining his next North American tour in the fall. Conan has been featured in Paper Magazine, I-D Magazine, and the Sun

Conan Gray Is the Next Gen Z Star

Conan Gray embodies the classic story of those who were bullied at school now running the world. The 20-year-old went viral with his single 'Idle Town' which was a tribute to his hometown and subsequently went on to release his debut EP 'Sunset Season' late last year. The pop singer is the epitome of internet star turned actual star and started making music on Garageband before making it big. Now, the young talent heads on an exciting headline tour, showcasing what Generation Z are made of.

Conan's YouTube channel, full of artwork, original music and a behind-the-scenes look into his life once presented a welcome escape from high school bullies and has now propelled him into the limelight and predicted stardom.

Speaking on his debut EP, Atwood Magazine noted how "he makes music on his terms, talks about his life on his terms, and commits to a relationship with his audience that feels holistic and sentimental." Paper Magazine described Conan's work as "flying above a pre-existing soundscape."

Sound good to you? Share this page on social media and let your friends know about Conan Gray at The Van Buren.