Sorry! You missed Jeff Ross at Stand Up Live 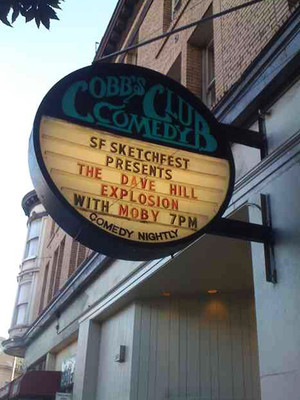 Jeff Ross is also touring to:

The Roastmaster General continues to tour to great acclaim

the roastmaster general IS COMING - WATCH OUT!

Is there no end to this man's talents? Popularly known as the "Roastmaster General", this insult comic is well-known for his regular appearances on Comedy Central's Roasts and has also appeared in various film, television, and cartoon projects, as well as directing documentaries and authoring books.

Some of his most popular celebrity roasts have included good-humored pokes at the likes of Charlie Sheen, Flavor Flav, Emmitt Smith, and even Donald Trump, ironically gaining himself the title of "Meanest Man in Comedy". We at Theatreland are in two minds with this allusion as he has in fact visited troops in Iraq, which can be seen in his documentary Patriot Act. His first book, "I Only Roast The Ones I Love: Busting Balls Without Burning Bridges" was warmly received. Although, you may want to check the video out first!

Sound good to you? Share this page on social media and let your friends know about Jeff Ross at Stand Up Live.