You can catch Lisa Lampanelli at McCullough Theatre in Austin, showing Mar 26 - 27, 2020

Lisa Lampanelli is also touring to: 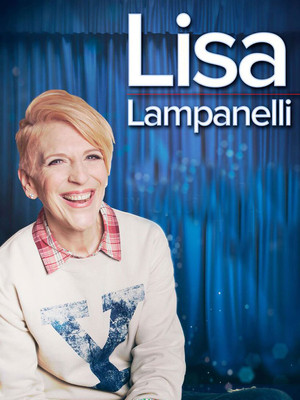 Not for the easily Offended

No one is safe from Lisa Lampanelli! The Connecticut-born comedian has been insulting everyone under the sun since the early 90s, and she's just getting started. Nicknamed the 'Queen of Mean', Lisa began her career in the New York club circuit before getting her big break at The New York Friar's Club roast of Chevy Chase, and has continued to hone her craft as one of the country's most vociferous, outspoken and outrageously rude comedians on the circuit.

Also a best-selling author and movie actress, Grammy-nominee Lampanelli is one of the most scintillating and shocking stand-up experiences you can have! A keen spokesperson for body positivity, she recently released her debut play of her own struggles with weight, entitled Stuffed. One of the few white comedians to perform on BET's Comic View, she has also won audiences in the LGBTQ+ community, challenging stereotypes and bigotry where she sees it.

Suitable for ages 17+ due to mature subjects and strong language

Lisa was absolutely fantastic. She was spot on and top of her game. I... more

I knew what to expect , BUT Lisa out did herself!!! Myself, my son and... more

Sound good to you? Share this page on social media and let your friends know about Lisa Lampanelli at Piper Repertory Theater.