Sorry! You missed Sondheim On Sondheim at Phoenix Theatre 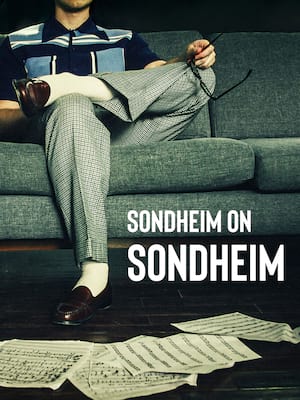 An intimate look at the Father of the Modern Musical, featuring new arrangements of his most beloved work.

Why See Sondheim On Sondheim?

The music of Stephen Sondheim

Delve into the world of iconic composer and lyricist Stephen Sondheim in this production that gives audiences an inside look into the artist's life. Through interview footage combined with some of his most-loved music, Sondheim On Sondheim provides a glimpse into the music that lit up 20th-century musical theater and the creative mind behind it.

Some of Sondheim's most notable works include writing the lyrics for West Side Story in 1957, and composing the music and lyrics for Sweeney Todd in 1979 and Into the Woods in 1987. He has received eight Grammy Awards, eight Tony Awards and eight Drama Desk Awards among others.

Sound good to you? Share this page on social media and let your friends know about Sondheim On Sondheim at Phoenix Theatre.