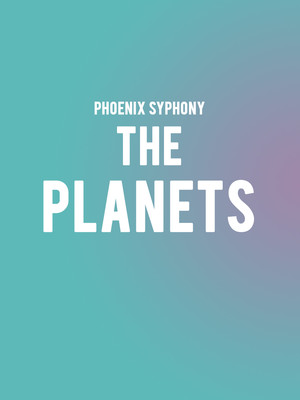 Out of this world!

Why See Phoenix Symphony - The Planets?

Lift off with the Phoenix Symphony as they head into the stratosphere on an HD adventure to accompany one of the 20th century's most enduring pieces - Gustav Holst's magnificent Planets Suite. A stirring, passionate and beautiful exploration of the universe around us, you'll be swept through all seven movements to awe-inspiring images beamed from NASA and the Hubble telescope.

Completed between 1914 and 1916, The Planets is by far the most popular of Holst's works (a fact that troubled him in later life). Based not around the Roman Gods as is easily assumed, each planet's character and sound comes from Astrology, an idea that fascinated Holst at the time. Each movement seeks to evoke the emotion and passion that the corresponding planet elicits in us.