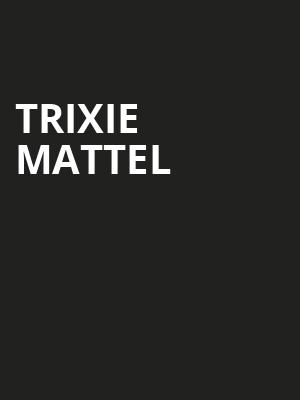 For Trixie Mattel - comedian, musician and, winner of the third season of RuPaul's Drag Race All Stars - country music and drag go together like high heels and false lashes.

The 'grown up' Tour

Following her crowning as the winner of the third season of RuPaul's Drag Race All-Stars in 2018 as well as the release of her chart-topping second album One Stone, drag performer/singer-songwriter Trixie Matell isn't sitting on her considerable laurels, she's off on a brand new comedy tour! A fusion of live country/folk music in the vein of Dolly and Loretta with that Trixie-trademark surreal, off-kilter comedy, Grown Up gives audiences a unique insight into the contoured-for-the-gods psyche of one of the most distinctive and hilarious queens in the biz.

Real name Brian Finkus, Trixie has been dazzling the crowds since 2008, after being inspired by a viewing of the Rocky Horror Show at university. Since then, she's gone on to become an unmissable personality on the drag scene, with appearances on Drag Race season seven, All-Stars season three, and her own show Trixie & Katya with fellow queen Katya Zamolodchikova.

Trixie is so talented. I laughed and laughed . Music, comedy , dancing... more

Sound good to you? Share this page on social media and let your friends know about Trixie Mattel at Orpheum Theater.