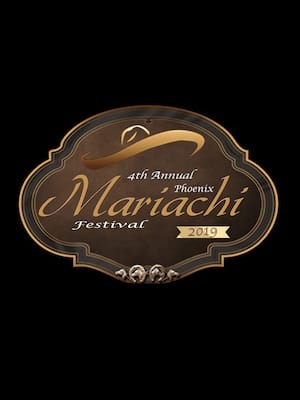 Long hailed as 'the sound of Mexico', Mariachi is a corner stone of the country's musical heritage. Originating hundreds of years ago from the state of Jalisco near Guadalajara, as well as the surrounding states of Western Mexico, it is truly the music of the people, celebrating their joys, struggles and triumphs. Don't miss Pheonix's fourth annual Mariachi tribute festival, featuring iconic outfit Mariachi Nuevo Tecalitlan, a host of folklorico groups and host with the most Jose Armando Rondstadt, the Spanish-language media personality.

For over fifty years, Mariachi Nuevo Tecalitlan have been at the forefront of the genre. Spanning two generations of musicians, the ensemble was founded in 1965 by brothers Fernando Martinez and Jose Martinez. It wasn't long before they were touring internationally, visiting Colombia, the states and Spain for the first time in the early 1970s. Prolific to their core, the group has released a staggering 54 albums and continues to tour relentlessly to this day.

Sound good to you? Share this page on social media and let your friends know about Mariachi Festival at Orpheum Theater.