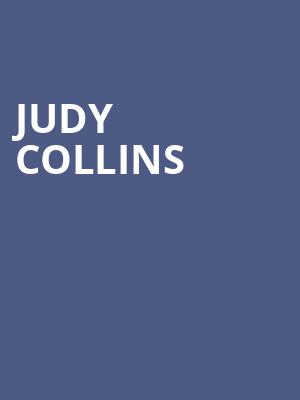 Even after over 50 years as a major recording artist, Grammy award-winner Judy Collin's wonderful voice still shines brightly through her stunning back catalog.

An important part of the 1960s folk revival, Collins began her career channeling Dylan, Pete Seeger, The Beatles, and many more artists, lending her melodic voice to other's compositions, whilst going on to pen her own tracks to great acclaim. She has always had an eclectic taste, having explored a range of sounds, from Pop, Rock, and Roll to Broadway classics, such as the celebrated 'Send in the Clowns'. An evening in the company of enigmatic Judy Collins promises to inspire and thrill in equal measures.

Sound good to you? Share this page on social media and let your friends know about Judy Collins at Celebrity Theatre.