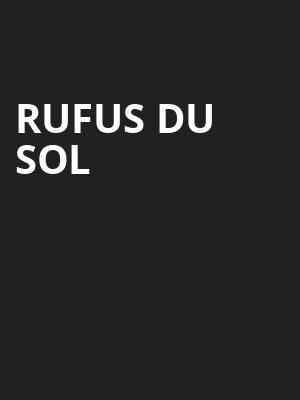 Rufus Del Sol mixes the light grooves of sunny Sydney summers with the throbbing house build-ups of a chilly winter safe haven of a German club.

Much to the delight of their legions of fans, iconic Australian EDM trio Rufus Du Sol released their third studio album Solace in 2018, two years since sophomore effort Bloom launched them into the platinum-certified stratosphere. Don't miss their laid back, dance floor-filling anthems as they take to stages once more in 2021!

Sound good to you? Share this page on social media and let your friends know about Rufus Du Sol at Arizona Federal Theatre.