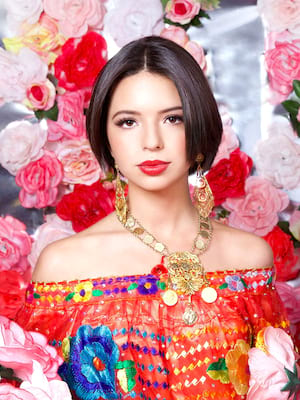 Angela is paving her own refreshing and admirable path in Latin music.

Angela Aguilar is a Mexican-America singer whose father, singer Pepe Aguilar sold over 12 million albums worldwide. Inheriting his talent, the 16-year-old songstress is preparing for her first tour after the release of her debut album, 'Primero Soy Mexicana' last year. This comes after her song compilation 'Nueva Tradicin,' which was released when she was just nine years old.

Although her career is just beginning, the young singer is already becoming a recognizable and highly praised voice in Latin music. She was nominated for Latin Grammy Awards Best New Artist and Best Ranchero/Mariachi Album in 2018 and received a 2019 Grammy Award nomination for Best Regional Mexican Music Album.

Sound good to you? Share this page on social media and let your friends know about Angela Aguilar at Arizona Federal Theatre.